Currently, Gavin is the head piano technician at the Royal Welsh College of Music and Drama. This is an All-Steinway conservatoire with a fleet of 70 pianos, which need regular maintenance throughout the year. This post, along with the work at the BBC National Orchestra of Wales, brought about the decision to relocate Ashfield Pianos to Cardiff. Alongside the grand and upright pianos in the colleges extensive practice rooms and concert venues, Gavin is also responsible for the tuning and maintenance of several fortepianos, harpsichords and other historical keyboard instruments.

The BBC National Orchestra of Wales, based in the famous Hoddinott Hall, is perhaps the most well-known of Ashfield Pianos’ clients. Ashfield Pianos has been the sole piano tuner at the NOW since August of 2020. Recently, Hoddinott Hall purchased a brand new Steinway Model D; the flagship instrument of the Steinway piano manufacturer. Ashfield Pianos is proud to have helped initiate this purchase, and looks forward to many amazing broadcasts and recordings to come.
Alongside these venues, Ashfield Pianos has been proud to have become associated with the Welsh National Opera, Ty Cerdd Recording Studios, and Cardiff University. Most recently Ashfield Pianos has become the piano technician on call for St. David’s Hall, where the latest performances include BBC Radio 3s ‘Live From Cardiff’ sessions, and the renowned Welsh pianist Llyr Williams.

Before relocating to Cardiff, Ashfield Pianos was based in Nottinghamshire. Originally started by Gavin in 2009, Ashfield Pianos was created as a piano tuning and maintenance service for the local area.
Over the course of ten years, Gavin worked alongside other local piano businesses including piano retail giant Sherwood Phoenix, and in 2012 partnered with expert piano restorer Phil Taylor, to form Crown Pianos Ltd. The business went from strength to strength. Alongside Phil Taylor, Gavin became the in-house piano technician for the Nottingham Concert Hall and the Royal Centre Nottingham, where he remained for almost ten years. Some notable performers during his tenure there included Jools Holland, The Halle Orchestra, BBC Symphony Orchestra, Sinfonia ViVA, ThePianoGuys, and the Moscow Philharmonic Orchestra.
For several years, Gavin also taught at the legendary Newark Piano School, a specialist institution owned by Lincoln College. Currently, it is the only teaching establishment in the UK which still teaches the full restoration of pianos, including restringing, soundboard repairs, and action overhauls, alongside the traditional skills of French Polishing and Casework Restoration. Gavin enjoyed teaching the next generation of piano technicians, and made some great friends, who he still talks to today.

Other adventures undertaken by Gavin include a trip to Sierra Leone several years ago, to service the pianos in the Ballanta Music School; the country's only dedicated school for the study of music. This trip, organised by the British Council, was part of a charitable visit to help out after the terrible Ebola outbreak which had caused devastation one year before. The pianos were suffering from the excessive heat and humidity of the climate, but it was certainly a great adventure, and after some TLC from Gavin, the pianos soon recovered!
Gavin also looked after the London-based piano tuning round of Islington Pianos on a part time basis for 3 years. The owner of this business, Steve Droy, needed to move temporarily to India in order to set up a piano restoration and technology school in the country. Gavin was asked to stand in to look after the London round whilst he was away. Upon Steve’s eventual return to the UK, he then also set up the Northampton Piano School. The Northampton School has been incredibly successful, surpassing all expectations, and continues to train the latest generation of piano technicians. One of its graduates has since become deputy tuner for Gavin, alongside his duties at the Royal Welsh College in Cardiff.

Gavin is proud to be a fully qualified member of the Pianoforte Tuners Association. 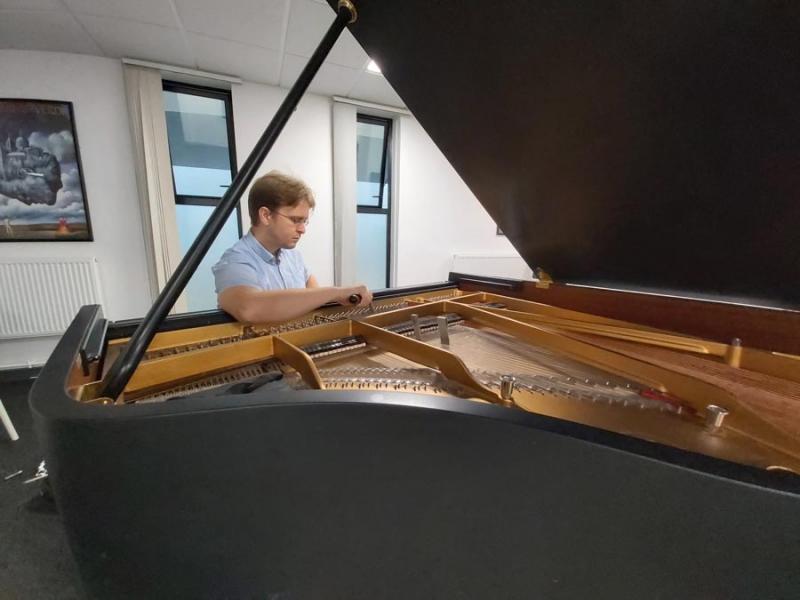 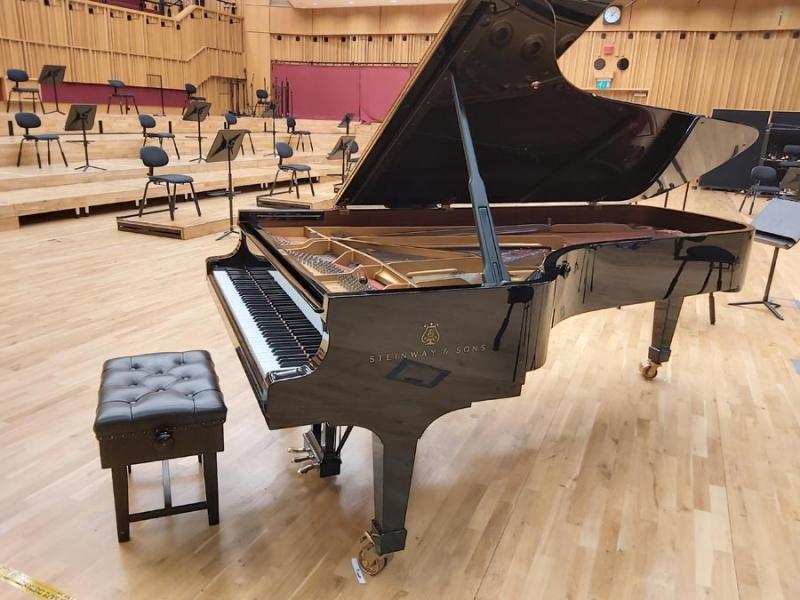 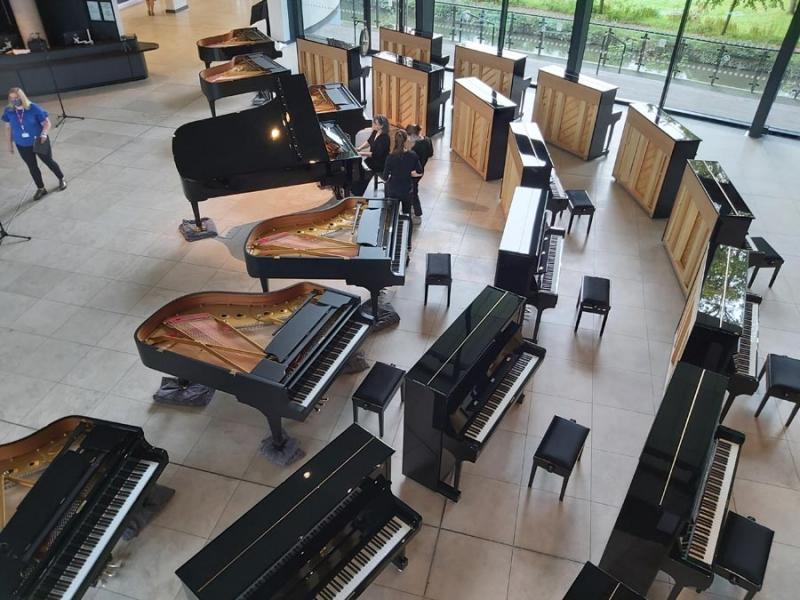 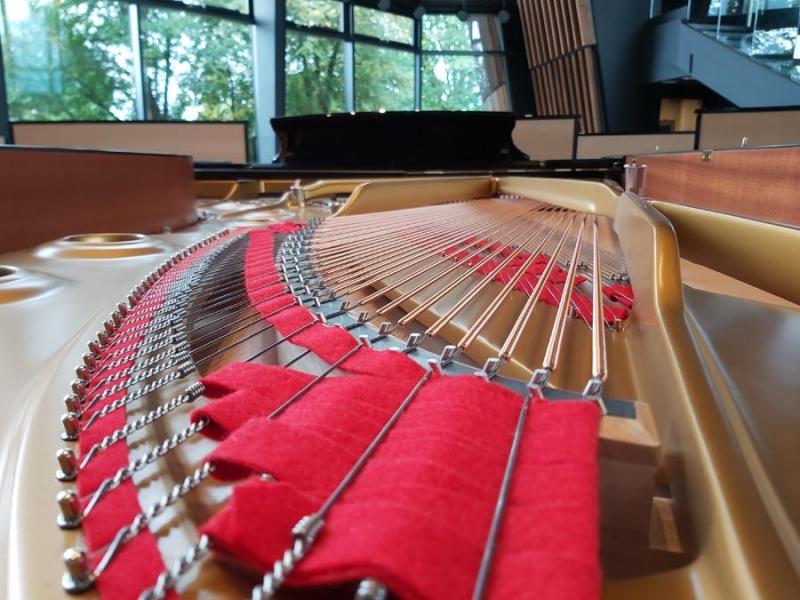 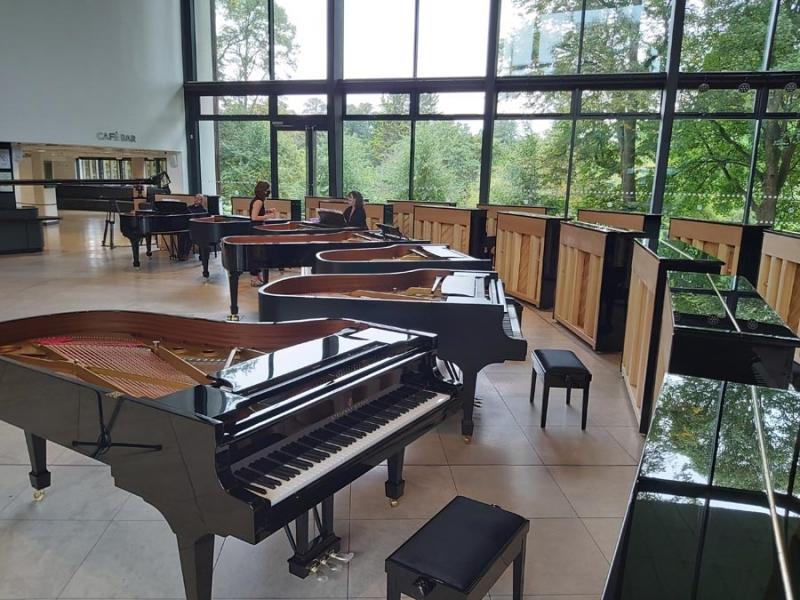 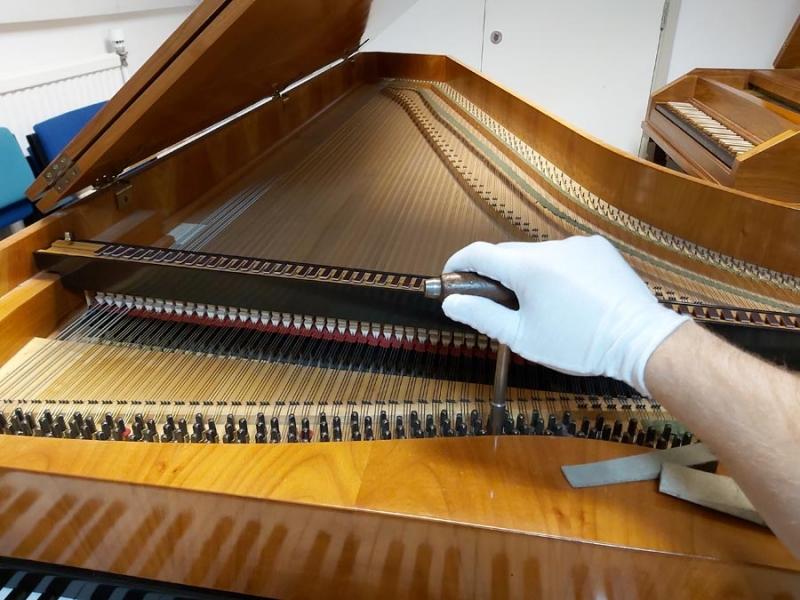 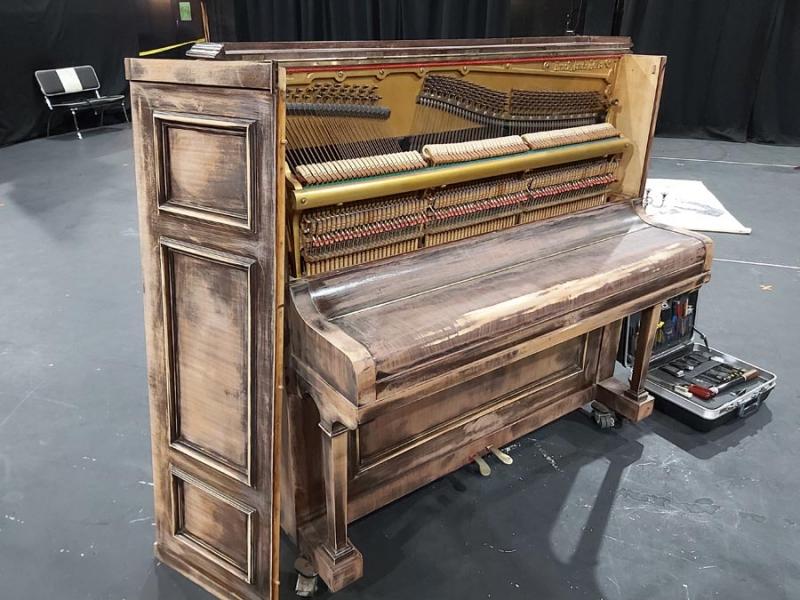